Warning : Lots of self indulgent, climbing specific, spray ahead. But it's (still) mid Covid, so being stoked about anything is a good thing, right? Bueller? I won't judge you for skipping this one; I'm just basking in my own greatness for 2000 words. With a little bit of self reflection mixed in. But just a little. Don't say you weren't warned. 218 Sport climbing pitches total (including onsights, flashes, redpoints) 14 Boulder problems 1 Mixed line 98 days outside (including short, hour long sessions) First... 5.12c* ( Mighty Dog , April 14) 5.12d ( Branching Out , July 28) 5.13a ( Happy Endings , September 29) 58 Climbs 5.12a and harder 2019 was a good year. I climbed a lot, and I like climbing. Most importantly, at the beginning of 2020, I still liked climbing. 98 days of outdoor climbing feels like an insane amount. This number includes just an hour of traversing at Morrison, getting benighted because a rattlesnake blocked the quick way back
Post a Comment
Read more

A Tale of Four Climbers

Alive, atop Lightning Rod Arete Climbs: Lightning Rod Arete  (5.10c): ★★★ (Although it may deserve a second chance) (Climbs others hopped on): Laterne Rouge  (5.9+) Dura-Ace (5.8+) Ultegra  (5.10a) Today, we were leaving, even though we didn't want to. We were heading outside, even though we didn't want to. And we were climbing... even though we didn't want to? Let me rewind. Waking up this morning was difficult. Maybe we had a little bit too much whiskey, maybe we played a little too much Bang! , maybe we were a little spent from the night before. At 6:30 AM, the weather was definitely garbage: a thick blanket of fog enveloped our cabin. I always have a hard time getting up on these gray days; my body takes its cues from bright morning blue skies. No sun? No getting out of bed. A Typical Breakfast Our requirements for the day were a short approach (we wanted to end up back in DC at a reasonable hour), dry conditions (fog was not good), and quality
Post a Comment
Read more

A Red River Halloween Day 7: Adults at the Playground 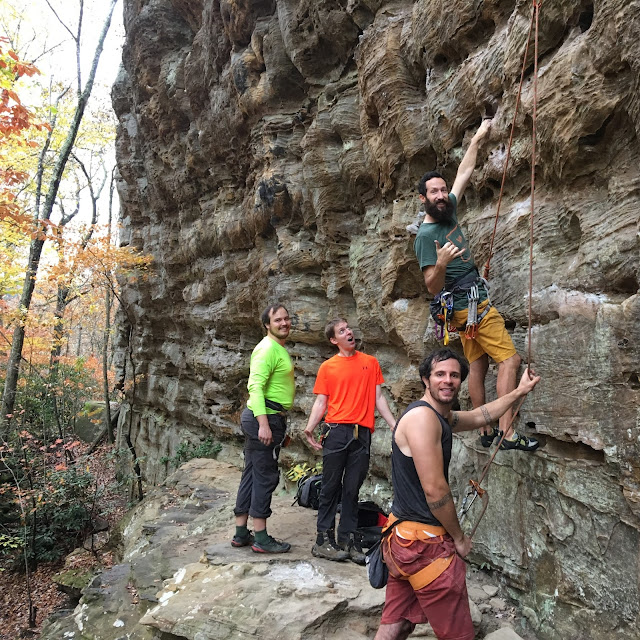 It's all fun and games until you make it past the first bolt. Climbs: The Preacher's Daughter  (5.11-): ★★★★ Guernica  (5.11a): ★★★ Brief History of Climb  (5.10b): ★★★★ Capture the Flag  (5.11b): ★★ Monkey Bars  (5.10a): ★★★★ Jungle Gym  (5.10b): ★★ Balance Beam  (5.11a): ★★★ I couldn't fall back asleep. I'm a light sleeper and David was snoring. Again. I'd already woken him up once already on this trip... only to realize that doing so means that two of us end up wrecked the next day. Plus, he's got a super power: he can fall back asleep. I can't. So I went into the living room and passed out on the couch. Good morning Kentucky. When I awoke, the world was on fire. Sunshine spilled over everything, exploding red and yellow tree leaves through window portals into our living room. The fiery sunrise lit up the cabin like magic, beckoning me outside with mystic magnetism. I exited the front door, quietly creaked along the front porch, walke
Post a Comment
Read more 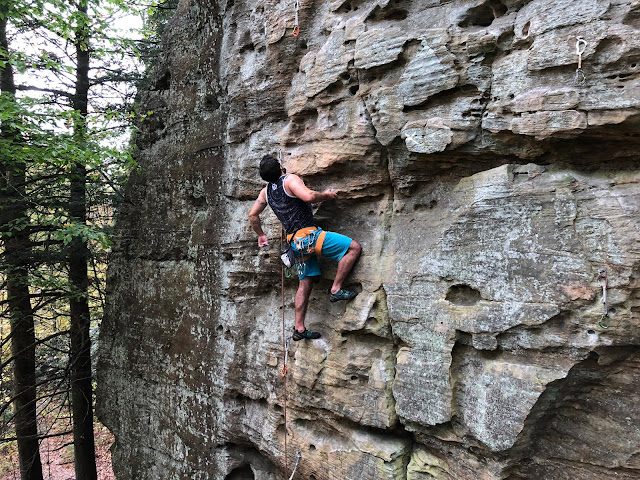 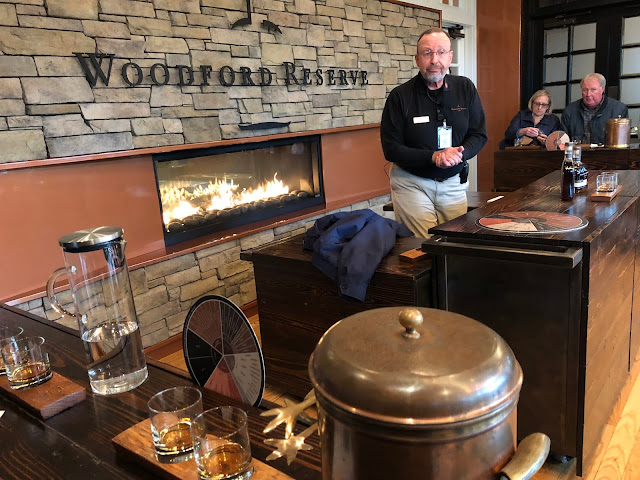 Lexington Attractions/Stops: Woodford Reserve : ★★★★★ (Classy. Good. Bourbon Balls.) Bluegrass Distillers : ★★★★ (Friendly, informal, personal tours) West Sixth Brewing : ★★★★★ (Chill ambience & Smithtown is next door) Smithtown Seafood : ★★★★★ (I don't like fish but I love Buffalo Catfish Bites). Chuck and the Woodford Reserve The sky was gray. Dreary gray. London gray. The sort of gray that exactly matches the forecasted rain. Ugh, gray. It was Wednesday, our rest day. I'm don't recall if we had planned Wednesday to be our rest day or if nature had forced our hand. Either way, I wasn't complaining: we had just climbed for three days straight. Today was for relaxing and whiskey. We did our best to plan as little of our day as possible, but the distilleries called our bluff. Most required advanced tickets. Zach was stoked on  Woodford Reserve , I was stoked on going somewhere good, and Dave-O and David were stoked for any distillery tour. So, we picke
Post a Comment
Read more
More posts