Showing posts from November, 2017
Show all

A Red River Halloween Day 1: Journey to the Red 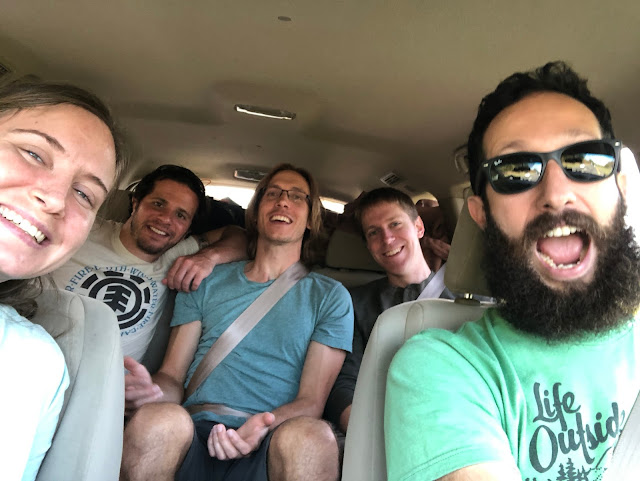 The Crew At approximately 9:02 AM on Saturday, I got a call from one of those vacation peddling con-men indicating that I had won a free week-long cabin rental at the Red River Gorge in Kentucky. All I had to do was to immediately bring two bags to the car waiting to pick me up. Right now. This con man was Zach. In on the con were his wife, Sevda, two friends of ours both called Dave (we’ll call one Dave and the other Dave-O), and myself. It was time for the Red. Earlier in the year, Dave, Zach, Sevda, Lisa and I had gone to the Red. It was supposed to be more than the five of us, but rain. I had actually booked the biggest non-van rental car possible, but rain. We’re talking I’ve-just-used-half-the-country’s-oil-reserves-to-get-to-the-red Chevy Suburban big. But rain. Not even the 100%-its-going-to-rain rain, but the 80% chance of rain every day rain. I’m going to skip the hour long game of telephone trying to convince people to change flights and climbing locations at 1:00
Post a Comment
Read more
More posts