Arrival of the Prophet

January 22, 2010
In the fourth week of the first month of the year two thousand ten, the Prophets arrived. Oh, and don't worry about the slight drone you hear in the background that's just me still drooling all over them. 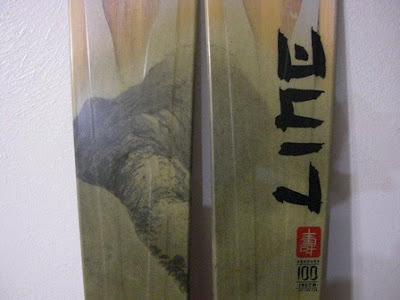 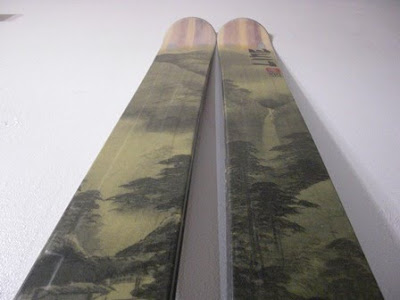 To be more specific, they're the Prophet 100's. Since my old pair of skis was the new skiing hotness back when I was in elementary school, the only one thing stopping me from bombing everything on these snow eating monsters is….snow (and bindings, but I'll be taking care of those soon).

I think the best way to describe current mountain conditions is that the current conditions would be awesome if it was still December. It's almost February.

I wish there was a skiing equivalent to trying to snowboard a T-Bar. A place where, 90% of the skiers eat it on their first try (for the record, I didn't). And have to go again. And of the 10% that make it, say 50% eat it on the way up. Yeah, that would be sweet. I think I could spend half a day watching it. But since it doesn't exist, I think I all snowboarders deserve a medal for doing it. Like a free beer or something. I'll let Ski Patrol figure it out. In the mean time, I'll join the ranks of skiers. I'll be waiting.

Hmmm…doing the Talon's Challenge tomorrow. We're leaving Boulder tomorrow at 5:00 AM…so that we can be on the slopes at 8:30 AM, ready rock. And by rock I mean do 23,000+ ft of moguls in one day. I actually don't think its that bad, but I've never really measured my mogul abilities (and generally when I spend the day on moguls, my lower back is so sore that the soreness doesn't start the next day, it starts the around 2:00 pm). Now, if my form was ok, I wouldn't have that issue. With any luck, I'll have figured out this whole good form thing, and I'll be able to move tomorrow. Of course, to be that sore, I'll need to get up at 4:30 AM. Which is already less than 8 hours away.

I'm not bitching about this; I actually plan on enjoying it. I really like moguls. A lot. They're basically the reason I've gotten back into skiing (and I hate doing my bindings ever time I get off the lift, and ... ok, I guess there are a couple more reasons). But the reason why I got on this tangent was to end this post. For some reason, it's the hardest thing for me to do. But if I'm about to catch some sleep, then I've suddenly got an excuse. So I'm going to sleep. Nowish...

Popular posts from this blog

I made it out Gretna for a short, hot and humid Bouldering Session Sunday afternoon. Not exactly ideal Pennsylvania Bouldering conditions, but I was out pulling on real rock, so I can't complain. Even though I was only out for ~4ish hours, I'm pretty stoked about a pseudo-project that I finally sent. Thankfully (sort of), gravity does still work, because I haven't sent any of my hard projects yet. Here's a quick recap of the high and low lights. The updated Mt Gretna Bouldering Guidebook that was supposed to be in stock by January (last time I went there)? Not out yet. I'm not complaining, because there's a lot of hard work that goes into making the guidebook, and I really appreciate the guys who do it. Ok, I'm complaining a little. But only because I'm stoked. I hopped back on the delicate, slabby,  Scarlet Lady --a problem I sent the first time I visited Gretna for the Bouldering competition--and bailed right on slightly scary high-ballish moves on
Read more

Warning : Lots of self indulgent, climbing specific, spray ahead. But it's (still) mid Covid, so being stoked about anything is a good thing, right? Bueller? I won't judge you for skipping this one; I'm just basking in my own greatness for 2000 words. With a little bit of self reflection mixed in. But just a little. Don't say you weren't warned. 218 Sport climbing pitches total (including onsights, flashes, redpoints) 14 Boulder problems 1 Mixed line 98 days outside (including short, hour long sessions) First... 5.12c* ( Mighty Dog , April 14) 5.12d ( Branching Out , July 28) 5.13a ( Happy Endings , September 29) 58 Climbs 5.12a and harder 2019 was a good year. I climbed a lot, and I like climbing. Most importantly, at the beginning of 2020, I still liked climbing. 98 days of outdoor climbing feels like an insane amount. This number includes just an hour of traversing at Morrison, getting benighted because a rattlesnake blocked the quick way back
Read more

Aspen Adventures: To the Castle!

Picking up where things got interesting from my August 3rd-August 13th Colorado/Vegas Vacation... We set off to Aspen in an Budget rental car, with some good luck Chipotle burritos (they've got them in DC, but not Kosovo), $200 worth of REI gear (including the new  Colorado's Fourteeners, 3rd Edition  book), and egos significantly bigger than the 14ers we were planning on climbing. We were in a $370 Budget rental car, not my little brother's unused car or one my parents cars because my parents don't trust dirt roads. Nor, as we would later find find out, does Shane's Audi. This posed quite the predicament, because rental car companies don't either. If you're counting, that is exactly zero off-road vehicles. But to access two trailheads, we were going to need one. Half an hour out of Boulder we found our solution:  Eagle Car Rentals , or, as I like to call them, Awesome Eagle Jeep Rentals. If we made it to Aspen before 5:00, we'd be able to rent a j
Read more